I was invited to the launch of Atelier Cologne,  which was created in 2009 by Sulvie Ganter and Chrisophe Cervasel. My first reaction was cologne, maybe I should let Marius go but I was very intrigued and attended the launch.  This was the 1st event I attended in a while and was very hesitant to go. Life has just been crazy and I needed something that would ground me again and get me back into blogging.

I was introduced to an amazing love story and out of that love story amazing fragrances were born. The creators of Atelier Cologne, Christophe Cervasel met Sylvie Ganter met in New York in 2006. They spoke for a few hours and discovered that they share the same passion for Eau de Cologne and they decided to set on a journey to create cologne that is elegant, fresh and will last exceptionally long.

I thought cologne is meant for men, which is definitely a common misconception.  I was able to sample all the different cologne at the launch and they are so versatile they can work for both men and women.  I asked myself why I thought cologne was for men… maybe it is in the way colognes have always been marketed in South Africa. But I did some research and found that cologne can be worn by both men and women. It’s not meant to be overpowering or intrusive but clean and elegant. I read an article and Cervasel explained that cologne should not be too light and not too strong, cologne is a gauge of intimacy. “You’re suppose to smell it when you’re close enough”

“Cologne is an emotional perfume”

“The very first cologne was created 300 years ago by an Italian perfumer based in the German town of Cologne. He was homesick and wanted to create the smell of Italy. So he took ingredients – lots of citruses from his homeland – to make a perfume that was very fresh and would remind him of home.”

Just like Atelier Cologne began as a love story, each one of their cologne that is created begins with a story.  Cervasel and Ganter beliefs when you work with ingredients, it’s quite hard to decide on the final formula. So they write a story so that they can picture more precisely what kind of scent they would like. Making is more unique and intriguing the story is then capture on the fragrance bottle to allow us to share the journey. I choose Bois Blonds for both the exquisite scent and beautiful story that inspired this perfume. The story behind the fragrance touched a part of my heart and my soul and I will treasure this perfume for personal reason.

“They spoke in whispers, breathing at the pace of the wind. The sun streamed through the trees in long rays of gold. Suddenly, the sky became the muted colors of twilight, it felt like hours had passed in a moment or that time had stopped altogether.”

The fragrance is described as follows:

I received 30ml perfume in a leather pouch embossed which with gold leaf which was engraved by antique engraving machine at the event. It just added that personal touch “a little bit of chic”.

Atelier Cologne are available in South Africa in Edgars Sandton City and Edgars Waterfront in Cape Town. The Cologne retail for between R2 000 – R3 800 for a 100ml and R3 500 – R5 900 for 200ml, you also receive the 30ml travel perfume in the leather pouch when you purchase a full size cologne.  I know you thinking O Wow, but it is definitely an investment which I will be saving for.

If you are around these two Edgars store indulge yourself and visit the counters even if it is just to sample the Colognes.

Till next time beauties 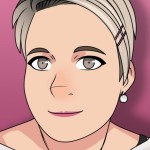 Welcome, my name is Ilona. I’m a 40 and fabulous Beauty & Lifestyle Blogger. I was born and raised in South Africa, and have lived in Gauteng all my live. I am married and I have two beautiful boys (25 and 17) and three four legged girls two boxers and a basset.

Welcome, my name is Ilona. I don’t think it is important to tell you how old I am……………… but hey it’s just a number, I am 47 and maybe it will give me a different perspective on review of products. I was born and raised in South Africa, and have lived in Gauteng all my live. I am married and will be celebrated my 28th wedding anniversary in October and I have two beautiful boys (26 and 19) and three four legged girls two boxers and a basset.

Popular on the Blog